Mordred and the King


The Knights of the Round Table and the King prepared for war as the dragon loomed over the castle. When she arrived she revealed her identity to the shock of all and let loose her intentions. If she could not possess all that Arthur has taken from her then all shall burn with him. Arthur rallied his army to put an end to the terror of Morgan Le Fay once and for all.

The battle was long, costly and hard. Many lives had been taken by the dragon's wrath but so too was the dragon wounded. Mordred facing her mother directly without mercy was soaked in the blood and mana released from the torn scales of the dragon. Awakening the draconian magic circuits that she had inherited from Arthur.

Even with her new power there could be no prevention from what came next. As Mordred was about to be torn by the dragon's claws, Arthur dived in the way to save her son. Armor destroyed and body pierced. Arthur was tossed away laying in a pool of his blood. Mordred in grief cried out to her father but could not hear any reply in the carnage of war. The Knights of the Round Table though exhausted and wounded rose up and fought harder for their fallen king in righteous fury.

The Prince took her father's sword, uniting the two blades, with mana flowing and a battle cry of justice let loose. The swords released a massive light of kingship and divinity to obliterate all darkness.

Morgan The Wyrm was no more. Though victory would not be sung that day. Mordred running towards her father's aid, imploring her not to fade only to be met with Arthur's acceptance of death and pride, pride in her son. Having faith she will be greater than she herself ever was.

To be the Paragon to lead and holding the humanity to win the hearts of the people. With final words of love, pride and acceptance. Arthur had passed to the mourning of the Knights of the Round Table. The next day a grand funeral was made for the fallen king. Placing Excalibur with Arthur to the Lake of the sword's origin. Bedivere himself being the one to push the raft and Bedivere again a week later. Being the one to adorn the crown of the King onto Mordred.

Coronating the Prince into the Ruler of Camelot. Making a pledge to serve Camelot and It's people but also to live among them as would anyone who cares foe their people. With this pledge Clarent's full power was awakened and it shone like a beautiful white star. Symbolizing the dawn of a true king and a Golden Age for the kingdom.

Mordred had led Camelot into an age of Peace and Prosperity. So impactful was her reign that centuries after her death. Britain still prospered thanks to the son who only desired her father's love. Most vehicles and animals can be handled with above average skill, even vehicles that did not exist in the time period one was alive in, for they are no exception.

However, cannot ride the likes of Phantasmal Species such as Monstrous Beasts. Cancel spells of A-Rank or below, no matter what High-Thaumaturgy it is. In practice, the Servant is untouchable to modern magi, so it would not be an exaggeration to title the Servant a 'Magus Killer'. At Rank A, it is essentially in the realm of predicting the future. Through this ability, it is possible to negate the penalties inflicted by visual and auditory interference to a certain extent.

At Rank A, even a stick can become a weapon of great power. A normal weapon that is not on the level of a divine Mystery can be destroyed in one blow. Can also raise one's defense several times over. None truly saw the potential and majesty that Mordred had possessed all along. Not until her ultimate battle of glory that would shape herself forever. This skill performs the same technique that her helm once did, status information pertaining to her True Name as a Heroic Spirit, innate Skills, and data on her Noble Phantasms are hidden and cannot be read.

With the added benefit of an additional effect similar to Uncrowned Martial Arts. Making her parameters appear one rank lower than they actually are. This skill is removed when activating Clarent Light Excalibur. 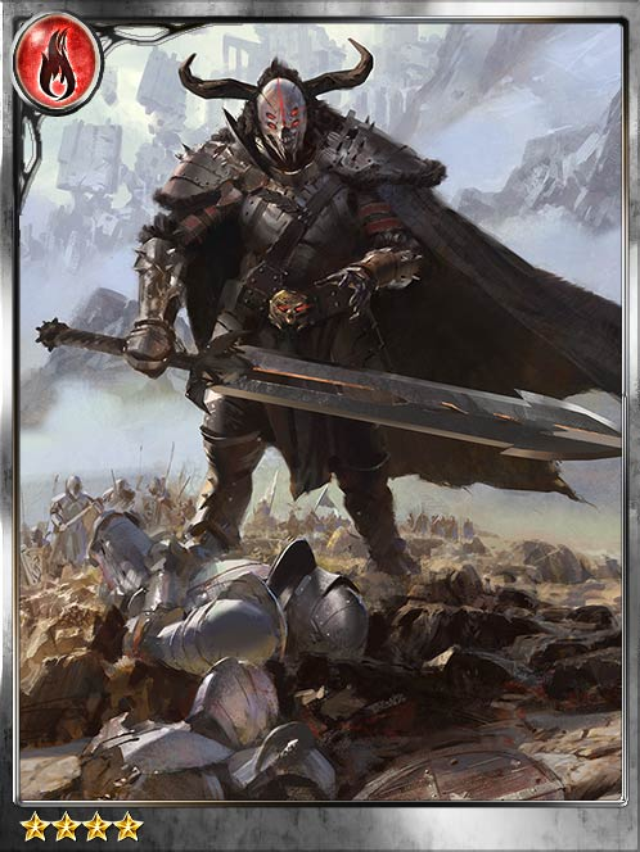 This sword that was once a beautiful treasure has transcended into a symbol of glorious kingship. A shining beacon of the king that brought an Age of Prosperity and Happiness. It fulfills and surpasses It's original purpose. When activated it raises the user's parameters by one rank and grants an additional A rank Charisma skill. Serving as both a rallying banner for allies and a reminder of the glory the king possesses as this sword goes from a shimmering silver to shining radiantly like a star. This sword has surpassed the legend of Caliburn.

So long as the mana of the king runs through this blade it shall never break and serving the purpose of amplification. The King can drive her everlasting passion into the blade to send out white beams of lightning and to activate Clarent Light Excalibur. Even in the blackest of nights and darkest of years. There will always be a light shining no matter how small.

The Sword possessed by the late father still holds It's power but is granted a new purpose. To keep hope shining bright for the ever passionate and tenacious King. For when the King shines, hope thrives. The King takes a moment of prayer and sends a plea to be granted strength, the will to carry on and push onward for the good of her people. The blessing granted sends Excalibur, The Sword of Promised Victory, down from the heavens in a pillar of light.

The sword possesses all it's properties as it did for the previous king but holds a special affinity to the Knight of Inspiration. It grants the skill Inextinguishable Hope. Making the King immune to any form of mental pollution seeking to break her spirit. The sword can be amplified with mana burst to send out waves of light and to activate Clarent Light Excalibur. This is the Phantasm that is unlocked when both Clarent and Excalibur are properly amplified with mana burst. Representing the glorious day for when Mordred awakened her full potential, avenged her Father and defended Camelot from the evil Dragon that threatened to destroy everything her family and fellow knights had built.

Mordred crosses the two swords together. From Clarent half of the space around her and the sword becomes imbued with bright white starlight, and the blade of the sword, enveloped by the radiance of light, gives off surreal, beautiful and passionate sounds and begins to transform. Changing from Clarent's normally pure and beautiful form, her great passion transfigures the sword into that of a majestic and heavenly blade befitting a saint, a "angelic sword of humanity".

Transformed into a glorious and magnificent form, white lightning flickers through the surroundings as it is clad in her endless passion.


Upon centering the sword, she releases the bright radiance upon the enemy as a flash of light, a surging wave with the holy purpose of justice. It releases a straight line of white lightning from the tip of her sword, destroying all in its path.

Excalibur on the other hand shines with the gentle grace and serenity of the Father in the other half of the space. Like sunlight on a beautiful noon day. The glory of this blade is illuminated with the same majesty as it was once wielded by It's previous user. Upon centering the Sword it releases It's divine light annihilating all in It's path.

With the swords crossed and beams fired. Stand out and be remembered with Prezi, the secret weapon of great presenters. Get started today.

could mordred have been a decent king?

What is Prezi? Learn more. Send the link below via email or IM Copy. Present to your audience Start remote presentation. Do you really want to delete this prezi?

Neither you, nor the coeditors you shared it with will be able to recover it again. Comments 0 Please log in to add your comment. Report abuse. Infogram Charts Infographics. Creating downloadable prezi, be patient. Delete comment or cancel.